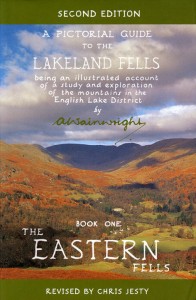 The Eastern Fells include the greatest single concentrated mass of high ground in Lakeland: a tremendous barrier running north and south, high and steep all along its length, rising to above 3000 feet on Helvellyn – the most-often climbed mountain in the Lake District.

To the south and east they are separated from the Far Eastern fells by the Kirkstone Pass and Ullswater. To the west is the pass of Dunmail Raise, the Vale of Grasmere, and Thirlmere. And to the north is the wide Vale of Keswick with the Northern Fells beyond. Popular resorts such as Ambleside and Grasmere lie in this sector of the fells, as does the beautiful Patterdale valley – the best base, in Wainwright’s view, for exploring the area. 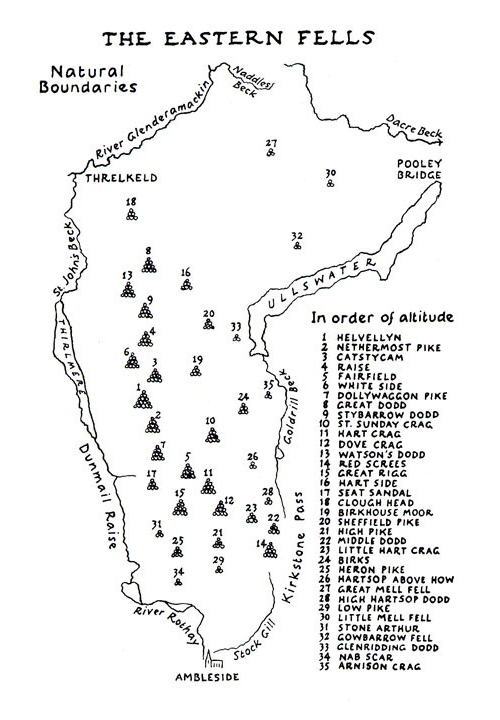