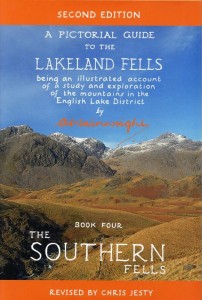 Writing about the “Scafell-Bowfell massif” Wainwright notes that “within this area the fells are the highest, the roughest and the grandest in Lakeland: they are of volcanic origin and the naked rock is much in evidence in the form of towering crags and wildernesses of boulders and screes” ; and writing about the Coniston fells he says “Compact, distinctive, with several summits of uniform height just above 2,500′ the slaty Coniston fells bear many industrial scars which detract little from the general excellence of the scenery and, indeed, provide an added interest. The dry turfy ridges are a joy to tread” 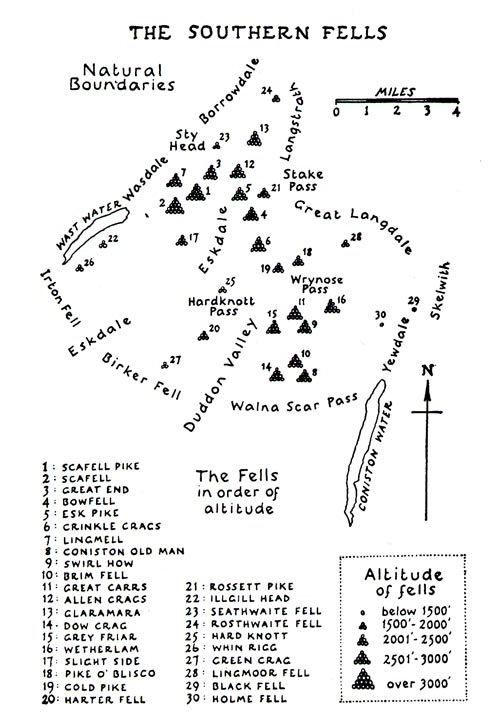