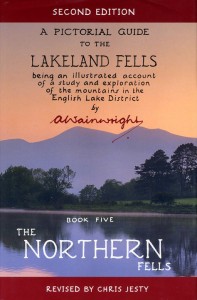 The Northern Fells are particularly independent from other high level regions of the Lake District. Writing about it, Wainwright states “Circular in plan, the area of the Northern Fells is completely severed from all other mountainous parts … by Bassenthwaite Lake, the Vale of Keswick and the low country of the Glenderamackin River, which extend like a wide moat around the southern base of the group. West and north these fells are bounded by the coastal plain of Cumberland and east by the valley of the Eden. Thus they rise in isolation as an independent and separate geographical unit” (Wainwright 1962, Northern Fells ).

They include the rolling Caldbeck and Uldale Fells – ‘serene and restful, a perfect sanctuary for birds and animals and fell-walkers who prefer to be away from the crowds’; Skiddaw – ‘an affable, friendly giant’; majestic Blencathra – ‘the mountaineer’s mountain’; Latrigg – the favourite of visitors to Keswick – and many more. 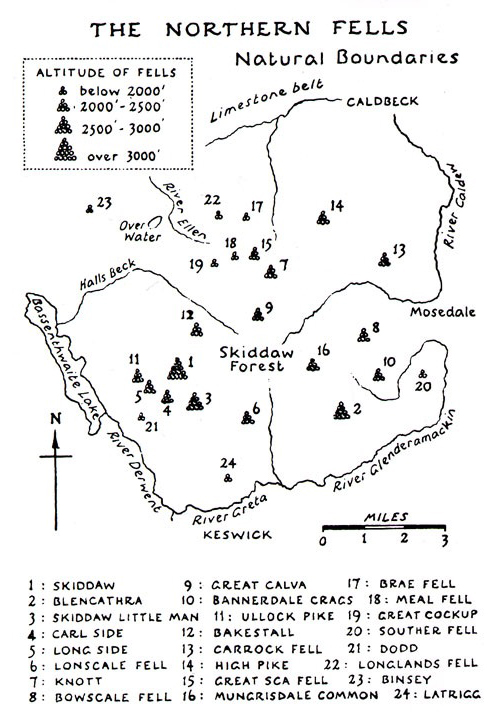