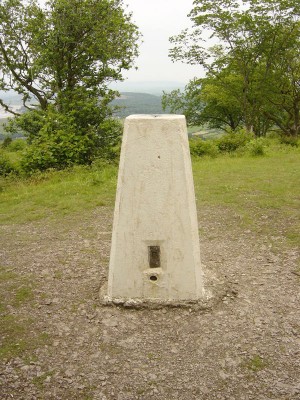 Sleepy Arnside lies just outside the south-eastern boundary of the Lake District National Park (think Grange-over-Sands on Mogadon) so I thought I would pay a visit as I was over that way this morning. Arnside Knott has come to prominence since May this year when it was promoted to Marilyn status (Marilyn’s are a list of hills which have a relative height of 150m, regardless of absolute height or other merit. The name is a pun from the Scottish Munroe’s) and is indeed the lowest summit in England at 159.1 metres.