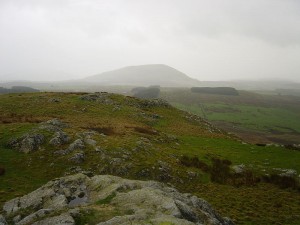 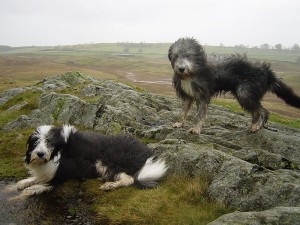 The rivers are swollen, the lakes are full and still it is raining and stormy in the Lake District. I called off a planned higher walk due to the horrible conditions and opted for a smaller, lower walk instead up to Eycott Hill which lies to the east of Mungrisdale.

The heavens were well and truly open and the wind was howling this morning and the going was very boggy. There were also becks to cross and this took a ‘leap of faith’ on a couple of occasions. On the first one, I would have given Bob Beaman a run for his money and I would surely have won the silver medal in the 1968 Olympics with that one. The second was less successful – that would have earned me a place in the synchronised swimming team I think!

Today’s photos were taken with the second reserve camera and were once again a quick draw, point and shoot affair.