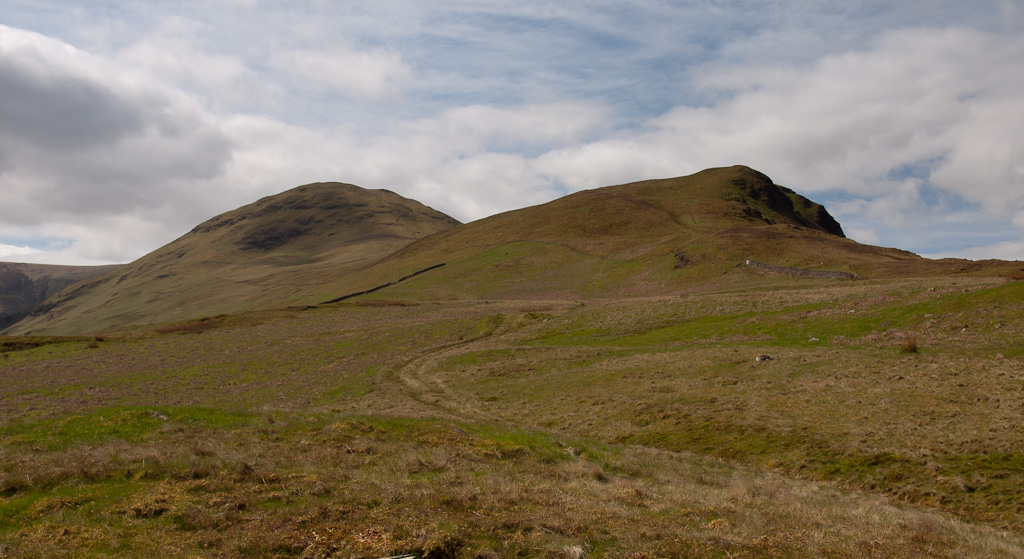 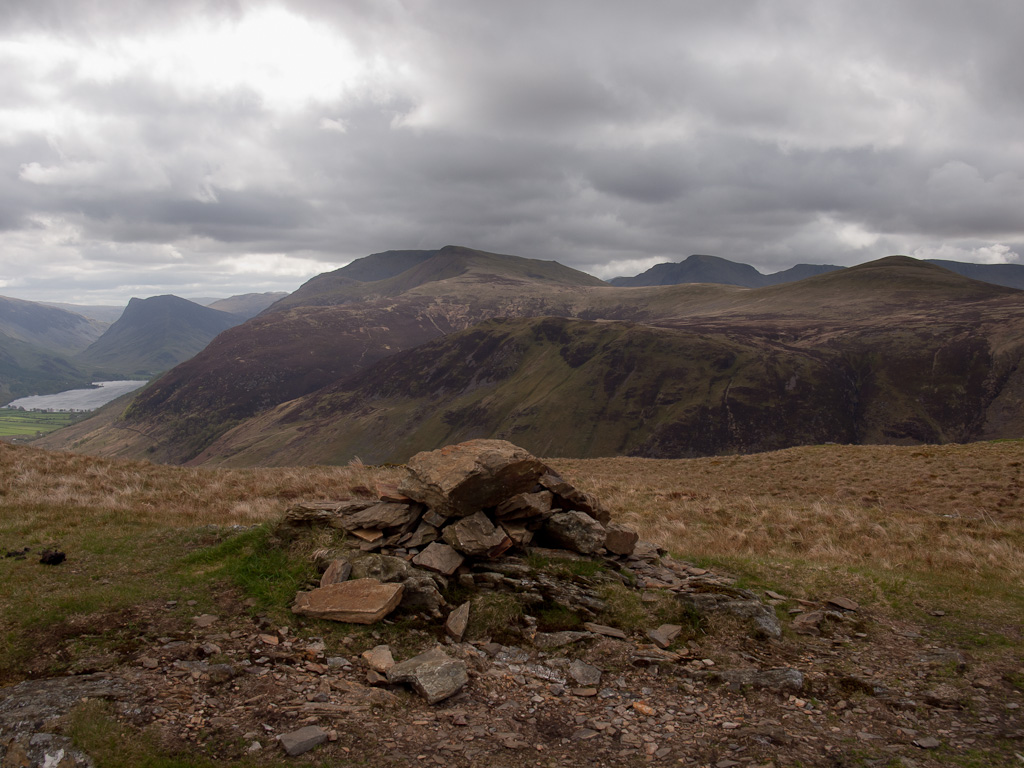 The summit of Hen Comb 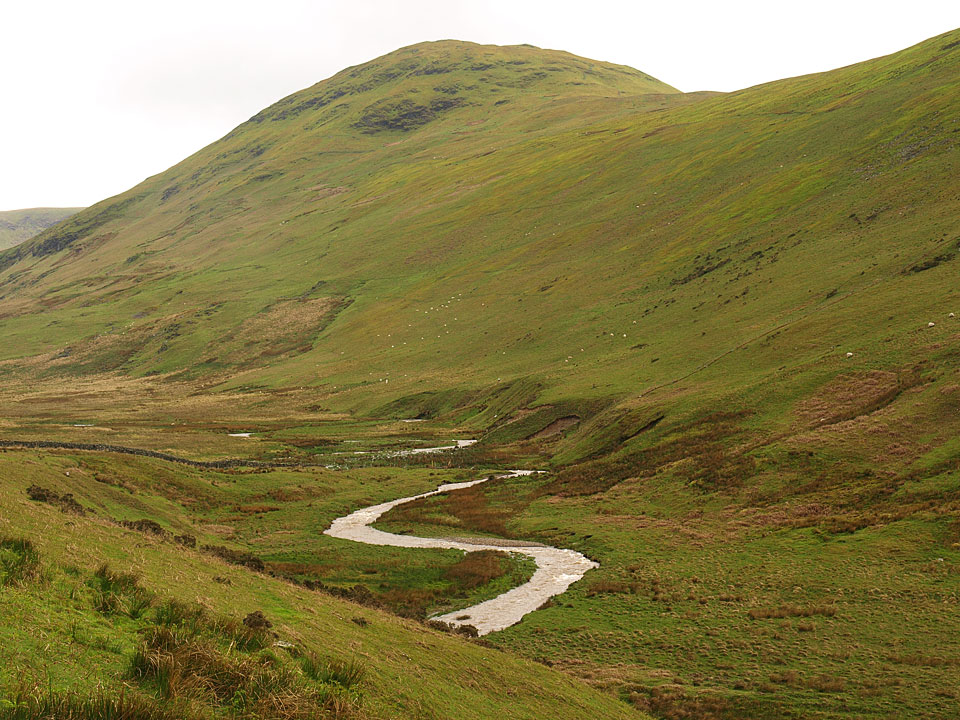 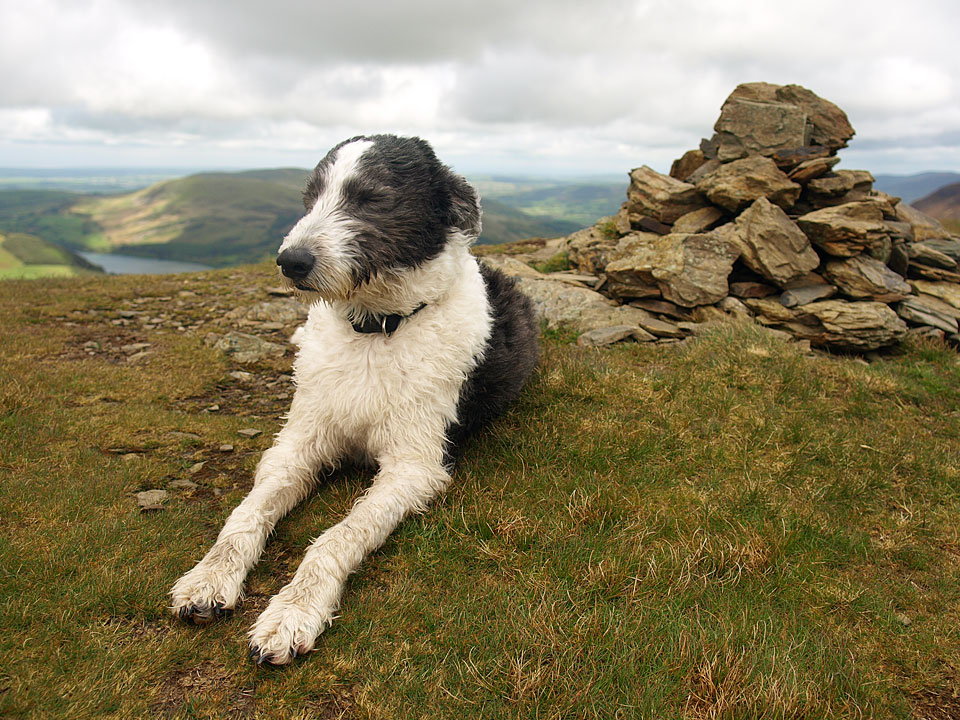 I’m still not wearing shorts and it still doesn’t seem to be getting any warmer! The wind up on Mellbreak was mighty cold today, I did contemplate hat and gloves for a while it was that bad. Still, there are always great views from here and I did have a couple of thoughts about the climb to Hen Comb. Read on to hear more…

Mellbreak early on, with the promise of clearing skies.

Grasmoor 'around the corner' following the lane from the Kirkstile Inn.

Loweswater from the start of the climb to Mellbreak.

The steep way up.

Loweswater and the Scotland.

A panoramic view of Loweswater.

Looking down from the up.

On the north top of Mellbreak.

Hen Comb from the second cairn.

Heading for the south top.

A panorama of Crummock Water and Buttermere from the south top of Mellbreak.

Hen Comb from the descent, to the lower right is the Mosedale Holly Tree. I climbed Hen Comb alongside the gully on the left of the fell in this photo (the dark diagonal line).

Looking down towards Fleetwith Pike and Buttermere from the top of the steep, steep climb to Hen Comb (note to self: don't come this way again...I'm sure I said that last time as well!).

The summit of Hen Comb.

What have we here? The predicted good weather arrives on Little Dodd.

Looking back from the lonnin.

There were two walks today, both in the pursuit of Casper bagging the last few of his remaining Wainwright fells. The first was a short and easy one up to Latrigg – I guess I am guilty of always bypassing this one for the lure of the higher fells. The second walk took in the fells around Loweswater. This area is probably the longest drive for me to get to from home, so I guess that is why they get neglected…

Loweswater Fell through the rain from the field crossing to Foulsyke.

Looking back to Mellbreak. These are all 'smash and grab' photos taken in short interludes in the rain.

That was about it for photos for a while. The heavens really opened as I climbed to Fellbarrow from Thackthwaite, then on the final climb to Fellbarrow the wind whipped up and the rain began to fall in monsoon like conditions!

A quick-snatch photo on Fellbarrow with a half-drowned Casper. We didn't hang around on here - come on, let's go! I think the walk between here and Low Fell was the wettest weather I have ever been in. It was like standing under the shower it was that bad, with the water absolutely pouring down my face and off my waterproofs. I thought I wouldn't see anyone today...until I bumped into a couple of hardy StridingEdge followers who managed to recognise us despite the damp conditions.

Crummock Water and Mellbreak from Low Fell, the rain has blown out for a little while now.

The steep descent down alongside the fence.

Here it comes again - hang on to your hats!

Loweswater Fell from the bottom and there is even a hint of blue sky now.

Mellbreak with Hen Comb to the right, where we are off next.

Hmm, there was a problem here at the crossing of Mosedale Beck. There had been that much rain that the stepping stones were under all that water somewhere! There was only one thing for it if I was to get to Hen Comb today and that was walk to the bridge at the southern end of the valley.

Sunshine on Gale Fell and Mosedale from the oh-so steep climb to Hen Comb.

'I don't believe it!'. Loweswater is sunny now but the wind was fierce.

It was really windy on the summit of Hen Comb. If Casper had a bit more hair, he would have shown you just how much!

Mosedale from the descent (which had to be the same way due to the river crossing problem).

I think that look says it all Casper - just where did that blue sky come from?

The blue skies of yesterday had gone again by this morning to be replaced by the more usual leaden, grey variety. I think I picked the brightest place in the whole Lake District for a walk today from Loweswater up to Mellbreak and back along the other side of Mosedale along the Hen Comb ridge.

I called in on Roger and Ann Hiley at Oak Cottage, Loweswater who joined me for the initial stage of the walk up to Mellbreak with their two dogs Harry and Bethan.

"....a lovely peep around a corner..." on the direct ascent from Loweswater.

Loweswater with Carling Knott and Burnbank Fell, left and the Loweswater Fells, right.

On the north top of Mellbreak; Ann with Angus and Roger with Bethan and Harry.

The south top and accepted summit of Mellbreak from the north top.

The Mosedale Tree, a holly tree that is the only singular tree in the Lake District honoured with a symbol and named on the map.

The Mosedale face of Mellbreak.

Looking back to Little Dodd with Hen Comb behind.