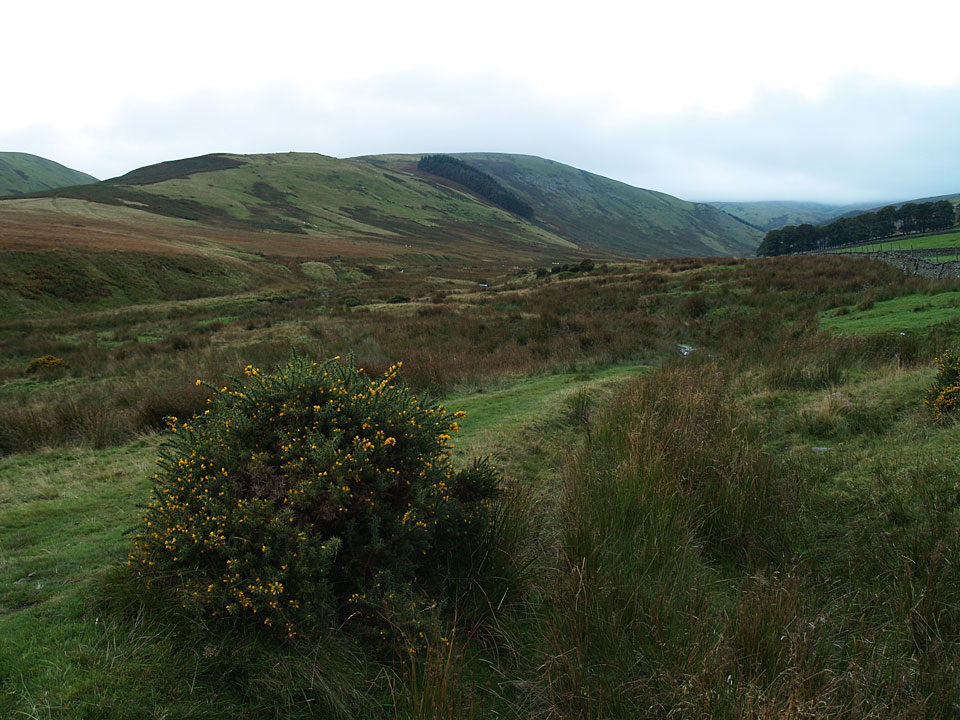 A flat grassy top with no markers!

It was up into the clouds this morning with accompanying drizzle and a biting wind. There were no views of anything today (so not many photos) but the going was easy and I managed to complete this one in super quick time. I’m not sure there would be a lot going for this walk in good weather as the area is quite bleak, although the views from High Street Roman Road are usually pretty good.

Cawdale looking a bit dull in early morning light with Low Kop and High Kop up on the ridge. The clouds look ominously low on Wether Hill at the head of the valley.

Crossing Cawdale Beck on the old stone footbridge. Annoyingly, the bridge is not on the footpath so I had to follow the beck to find it. I was quickly into the murk and drizzle climbing The Hause up to Low Kop. Low Kop was totally unremarkable and I could not find any sort of marker although I wandered around in the mist for a while. I always took 'Kop' to be of South African derivation, being the word for a hill in Afrikaan (and used at many football stadiums as a name for the home terraces). Could Low Kop and High Kop be named by soldiers returning from The Boer War at the turn of the 20th century?

The summit of Red Crag was also unmarked so Casper will have to do instead. Oddly there is a large cairn to the north of the highest point.

Crossing a gap in the wall following the old Roman Road.

The remains of Lowther House, an old hunting lodge, on the climb to Loadpot Hill. These ruins seem to reduce in size every time you pass.

The trig. column on Loadpot Hill.

The briefest glimpse of sunshine descending The Pen.

Back to the start, cold and wet. Cawdale and Cawdale Beck.