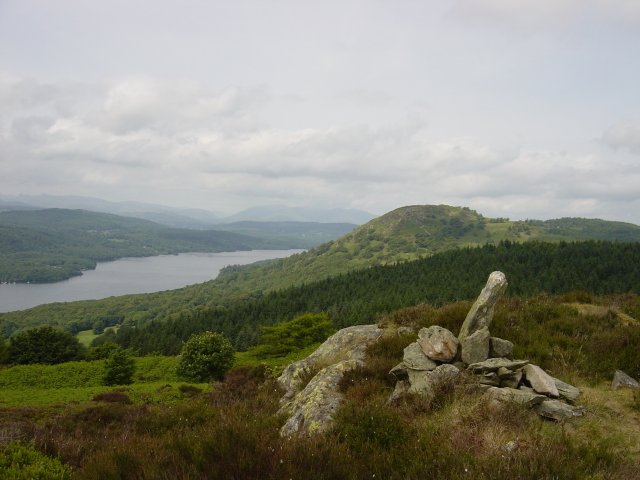 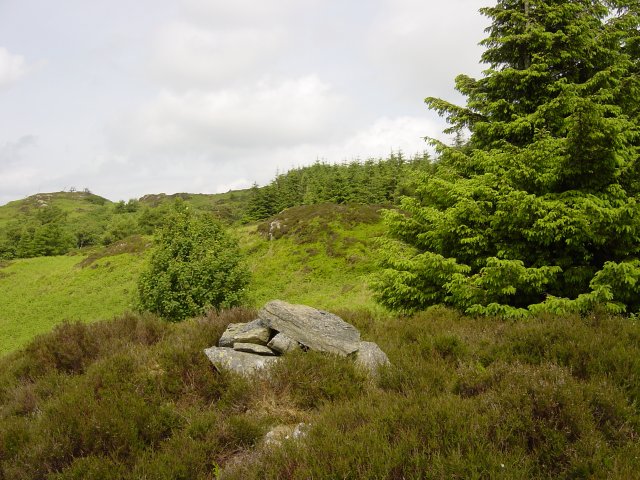 The first cairn looking to the highest summit, now screened by trees

Staveley Fell (OF) from Staveley-in-Cartmel

A short walk this afternoon to the little frequented AW Outlying Fell, Staveley Fell, located at the southern end of Windermere close to Staveley-in-Cartmel. This fell is un-named on the O.S map and is the high ground between Astley’s Plantation and Chapel House Plantation.

Staveley Fell from Staveley-in-Cartmel. It is interesting to note AW called it incorrectly Staveley-in-Furness.

A steam train across Windermere on the Lakeside and Haverthwaite railway.

Things have changed since AW's days. The young plantation is now mature and going is extremely tough in places. The bracken and heather are dense; there are no paths to speak of to the summit and the ascent is through deep forestation. There were a couple of buzzards soaring high above me here.

The first cairn looking to the highest summit, now screened by trees.

Windermere and Gummer's How from Staveley Fell summit. Fairfield is in the centre distance.

The Coniston fells across Windermere from the summit of Staveley Fell.