You have to seize the opportunity when you can…so I did. A bit of a lung buster, but could I make it to the top of Red Screes before sunset? Well, I gave it a go climbing via Kilnshaw Chimney which is just about the most direct route you can get to any summit. This will be a Trail route in the June edition of the magazine.

Note: Kilnshaw Chimney requires a couple of climbs so be aware plus it is usually running with water so expect to get wet and of course it is slippery. Don’t bother in winter unless you have all the necessary gear. 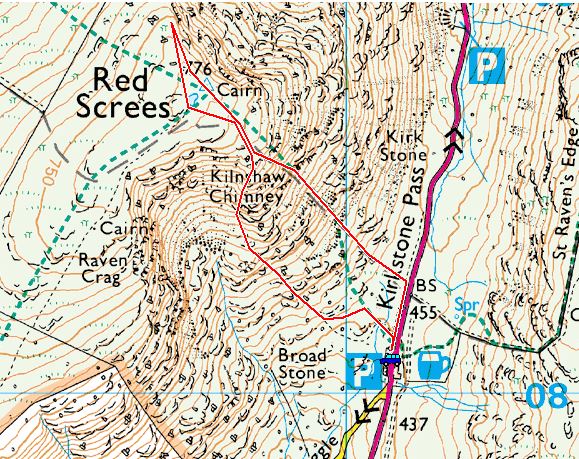 The eastern face of Red Screes is into the shadows already

Kirkstone Pass from the scree

Looking from the base of Kilnshaw Chimney

Just made it - Red Screes summit

Wow, it was just gorgeous and well worth the effort to see the dying embers of the day, alone on Red Screes

Mono Ill Bell and the end of the day