All I can say about today is wow! What a fantastic day to be out on the fells, the sunshine made it really warm so I was in shirt sleeves for most of the walk and there was snow – lots of snow – everywhere. The views were stunning, this really was day to remember and ones like this are all too few and far between. 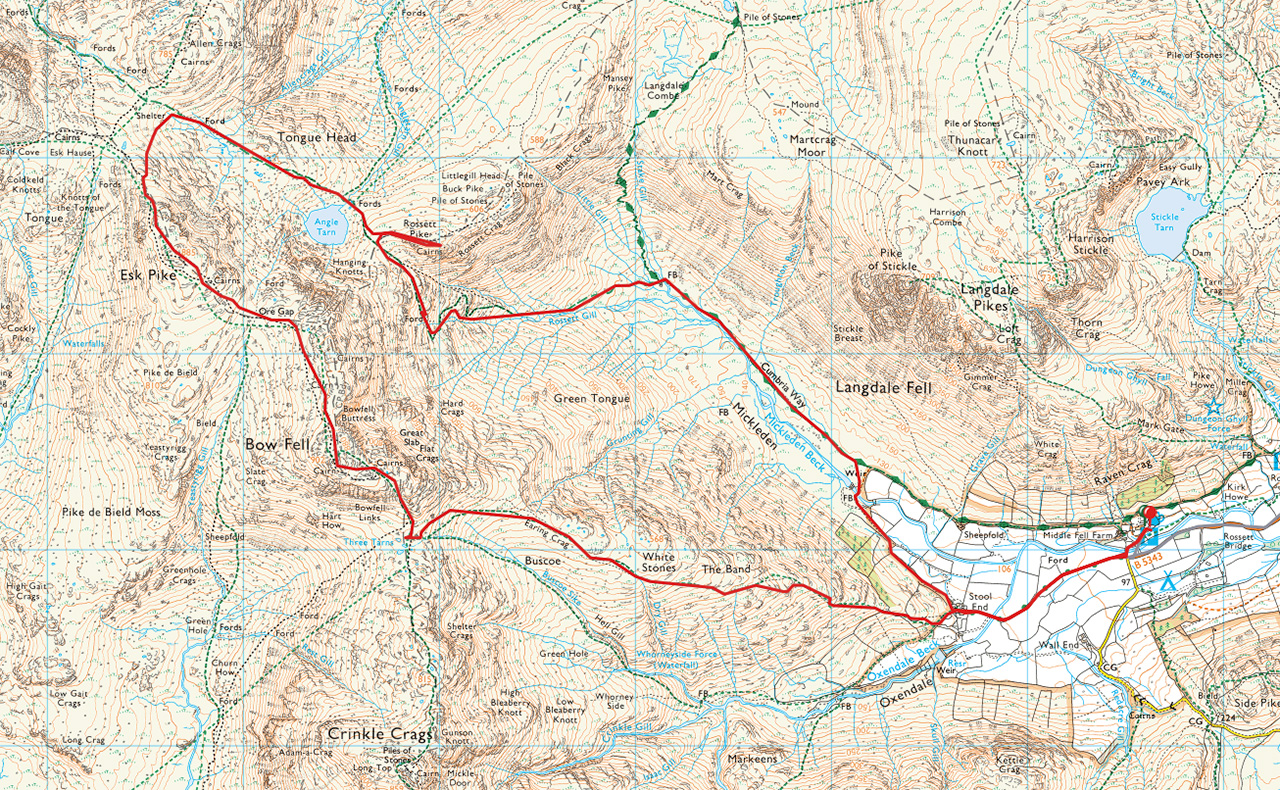 On the way past, a beautiful pink hue on the Coniston fells from Torver.

The Langdale Valley was frozen and mostly in mist this morning but this was the view on emerging.

The head of Mickleden, Rossett Pike (our first port of call today) in the sunshine

The Langdale Pikes towering above Mickleden.

The sun is coming out now and there is a lovely blue sky.

Looking back along the frozen valley.

Heading for Rossett Gill climbing up in the centre distance.

The way to go.

Looking back from the climb...

...and on and on. The going was quite arduous at times, the path was lost under knee deep snow so it was a best estimate only for the route.

Rossett Pike from the top of Rossett Pass.

The frozen summit of Rossett Pike looking along Langstrath.

A close up on Blencathra.

Mickleden from the Mickleden cairn. Dougal found a Philips screwdriver atop a rock here...if anyone's lost one, let me know (and more to the point, why?)!

Dougal and Fletcher were enjoying the conditions today.

Esk Hause (between Great End and Allen Crags) looks an easy target from here but it was not as straightforward as it looks. Frozen Angle Tarn can be seen below the first section of rocks, then there is a climb and a further descent before another climb all in knee deep, soft snow.

Looking back the other way to Rossett Pike from the fist climb, blazing a trail.

These two were fed up waiting for me!

Climbing to Esk Hause a big bank of cloud was slowly spreading southwards.

The view from Esk Hause.

You may well gaze in wonder Fletcher my lad!

Great End, Great Gable and beyond.

The Scafells from Esk Pike summit.

The Scafells from the summit.

A close up of Scafell and Scafell Pike.

Looking across 3 Tarns (which looks like no tarns today) to Crinkle Crags.

The Great Slab and beyond.

Looking back to the summit from the descent.

Heading down to 3 Tarns, Fletcher looks like he is sliding down.

The Scafells from the tarns.

Pike o' Blisco from The Band.

Descending The Band, Great Lansdale already back in the shadows.

The setting sun on the Langdale Pikes.