Today was supposedly the calm before the storm, but I don’t think the weather necessarily knew that as once on the tops, the wind was howling and I ended up with more layers on than an onion. A very enjoyable round this was and it has been a year or two since I have been that way so it was good to get up there again. There wasn’t a single soul to be seen today apart from the lady farmer at High Row who took a shine to Fletcher – I think she had designs on him becoming a working dog up there – it was a good job he did’t gear otherwise I think he would have put his application form in! 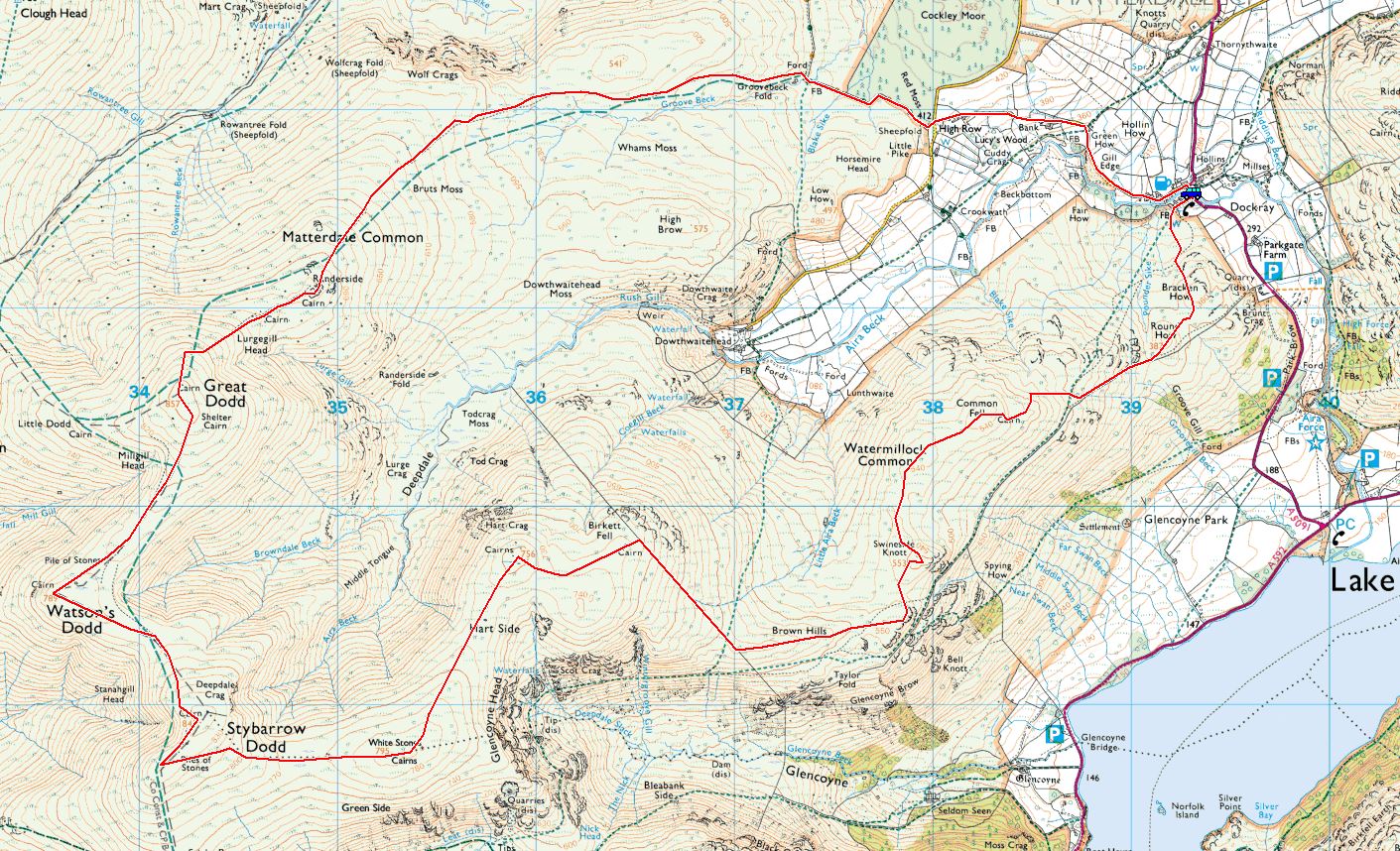 The promise of a decent day looking back over Dockray from the climb to High Row.

Hole in the sky - the clouds were fairly whizzing along which told the tale of how things would be on the tops.

You go that a-way and I'll go this a-way! Great Dodd ahead.

The view from Randerside across Clough Head to Blencathra.

A diusting of snow now looking back from the climb to Great Dodd.

Once on the top of Great Dodd, the wind was fierce and piercing. I ended up with two pairs of gloves on, two hats and two insulated jackets and my fingers were too numb to take photos at one point.

The Vale of Keswick from Watson's Dodd.

Clouds skitting over the tops across Thirlmere.

Watson's Dodd and Great Dodd from the climb to Stybarrow Dodd.

Frozen on Stybarrow Dodd (let it go, let it go...)

Mono shot looking across to Raise and Helvellyn.

Raise from the path to White Stones.

The summit of Hart Side.

The plaque in the summit cairn - the only summit I can recall that actually has a name plaque on it!

Dougal kept wanting to climb this wall for some reason - but we aren't going that way Dougal!

A great view across Ullswater to Place Fell.

The head of Ullswater.

Dougal watching the world go by.

Before I knew it, the sun was setting and the sky taking on a pinkish tinge.