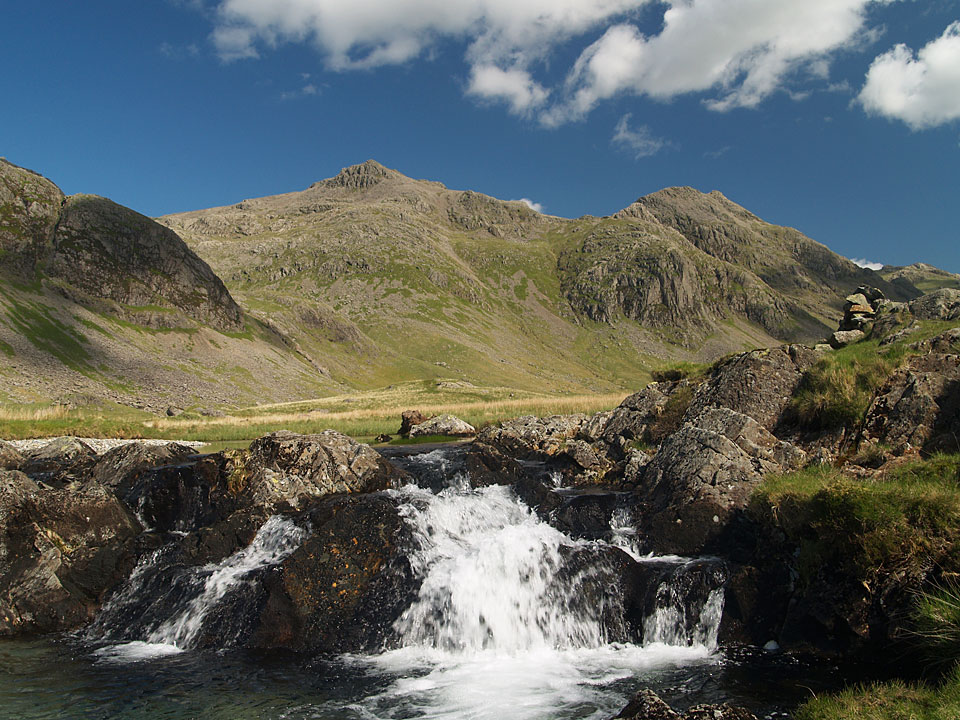 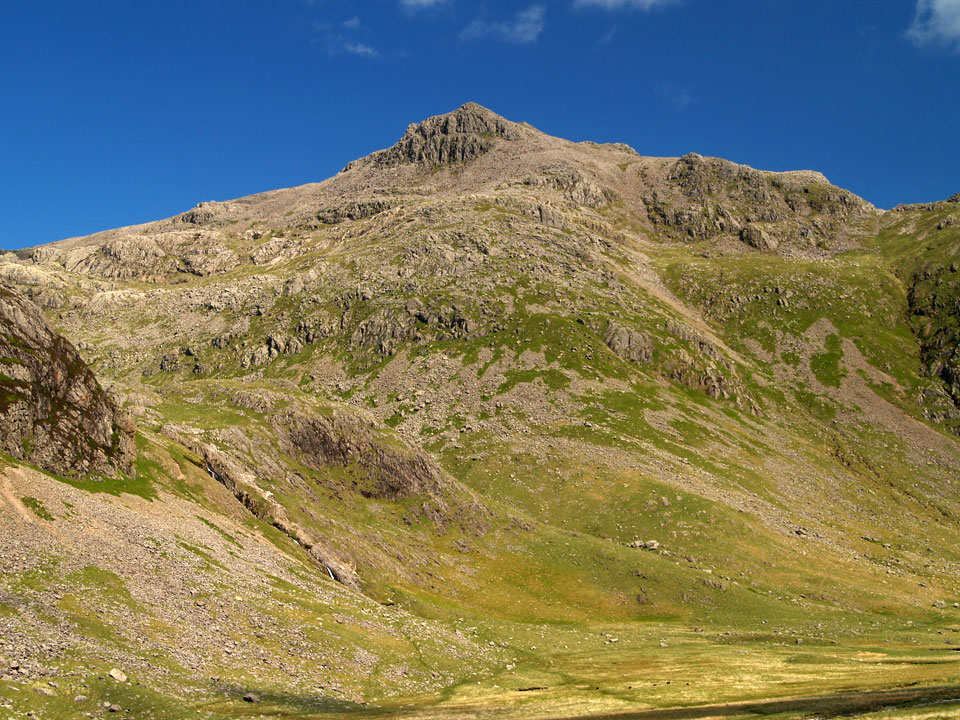 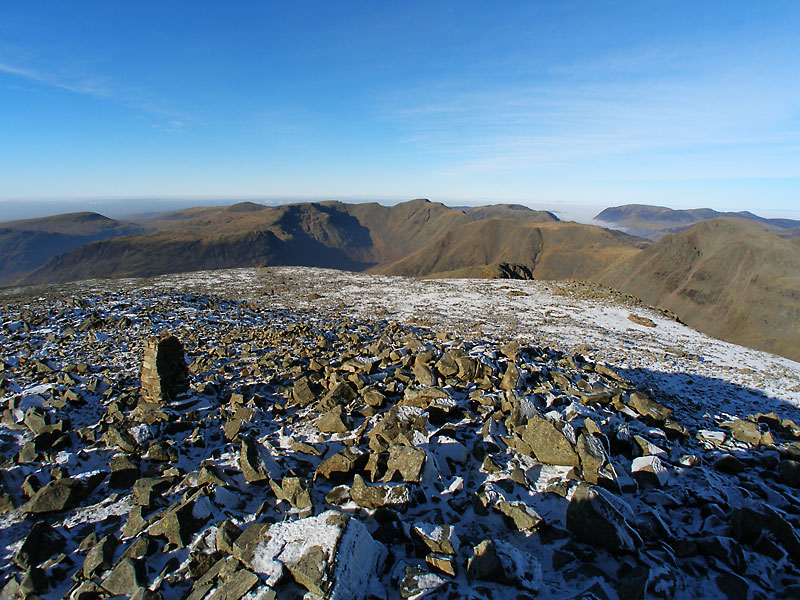 A panoramic view to the north-west from Scafell Pike 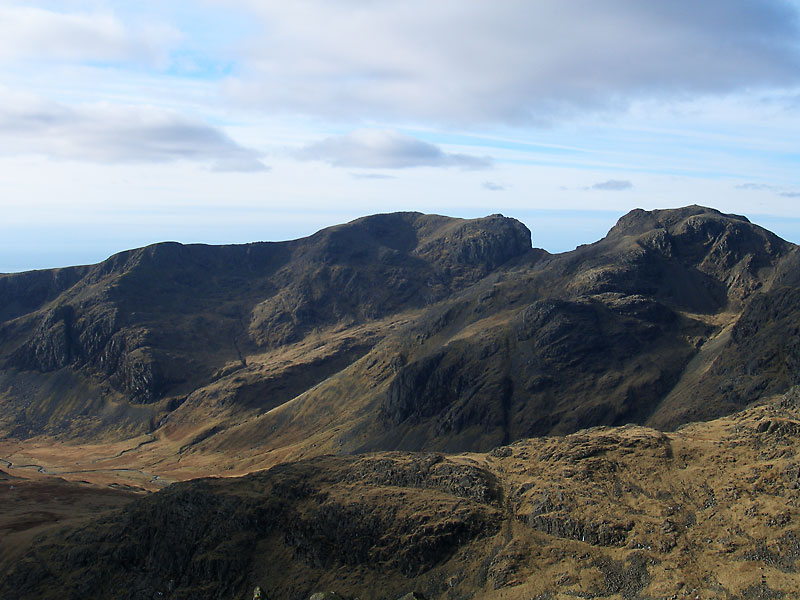 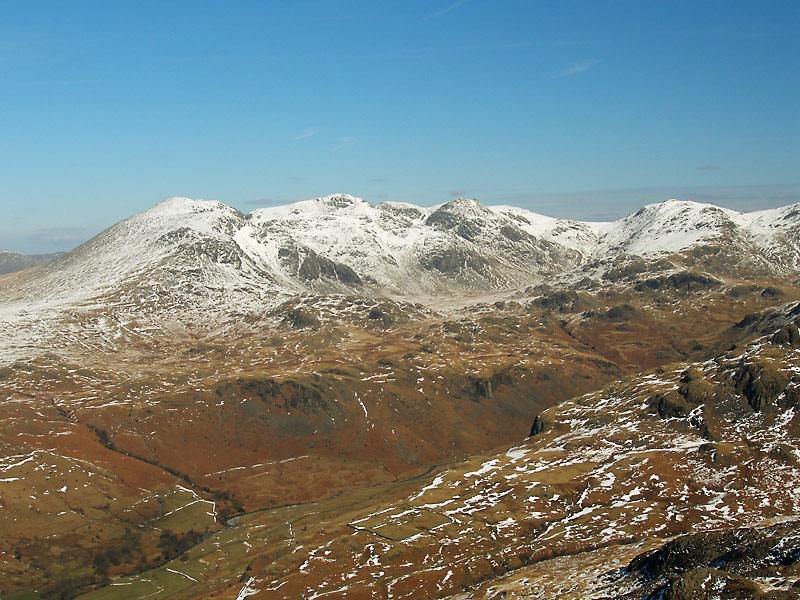 The Scafell range from Harter Fell 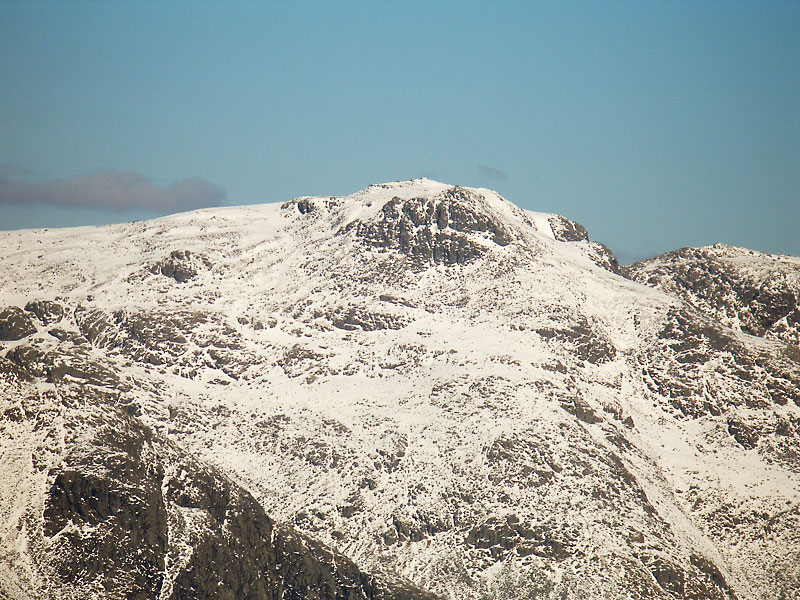 Pen is a subsidiary summit to Scafell Pike overlooking the Esk Valley to the south east of the main summit. 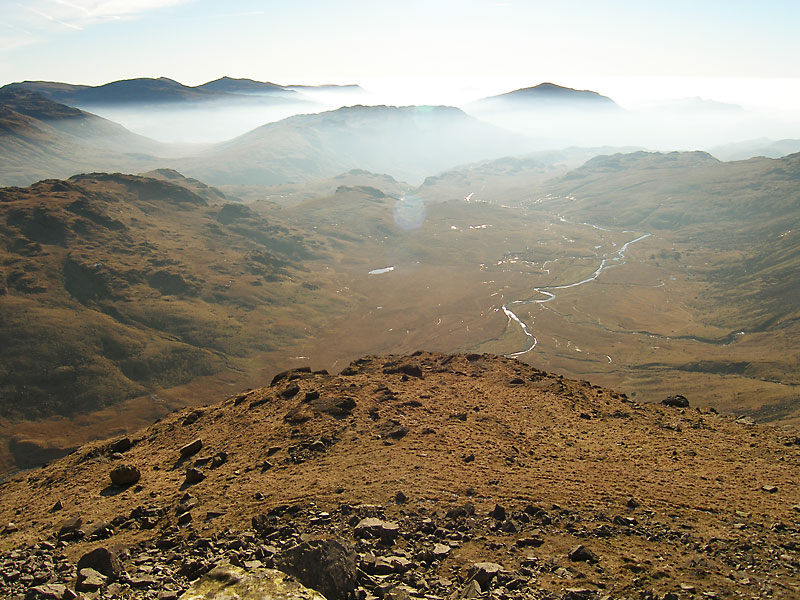 The River Esk and Great Moss below Pen with a nice temperature inversion to the south.