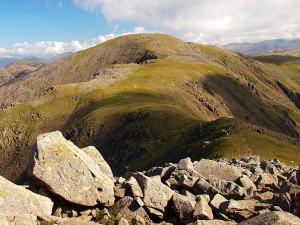 The true summit of Scoat Fell is taken to be the cairn which stands atop the highest point, on the wall which runs along it. 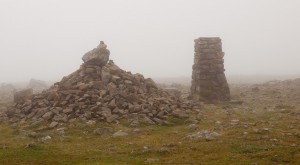 After all the good weather recently I guess there had to be some bad – it just so happens that this was the only day I could get out so I had to take it as it came. Let’s just say I had some good navigation practice and needless to say, I saw no-one all day! Today’s walk will be a ‘Trail Route’ in a future edition of Trail magazine. 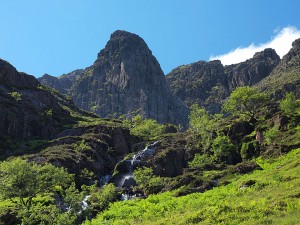 It’s a good while since I have done a full day walk and today seemed like a good opportunity to do a circuit of lovely Ennerdale. The weather was superb, a bit fresher than of late and the air was clearer for it. It was a great day out amongst my favourite fells and it was relatively quiet up there too, although it was good to chat to StridingEdge fans on Scoat Fell and then on Steeple. 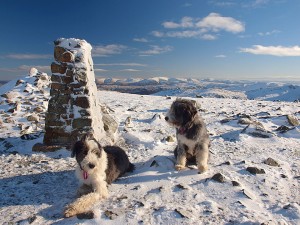 If anyone wondered whether it was winter yet, even after yesterday’s walk, I can confirm it is well and truly here. It felt more like a February day today with views to match – absolute clarity and stunning views is the only way to describe it – a magical day on the fells. 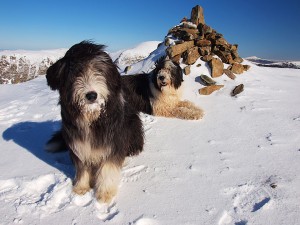 Wow, what a day it was – the clarity was superb with views for miles and miles today. There was a fresh covering of snow on the fells overnight but even so it was really warm in the sunshine – I ended up with a decent tan!

The glorious weather continued today and it ended up being really warm once the breeze died down a bit. This was a walk made up as I went along – I knew I wanted to go to Scoat Tarn as I have walked around it but never been down to it, and to Haycock as I haven’t been there for a while. It ended up as a sort of skinny figure of eight on the map and there seemed to be a lot of ups and downs on this walk and there were certainly no paths to follow for the traverse around to Scoat Tarn. 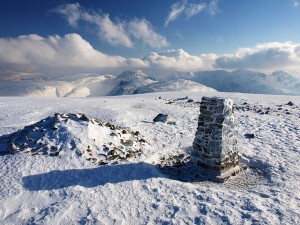 Everywhere else in the country has lots of snow according to the news but locally there is not a great deal at valley level. The high ground is well covered and today defied the expected conditions and was lovely and clear over Mosedale almost throughout the walk. I have had this one on the list of ‘to do’s’ for a while as I really wanted to get to Pillar, my favourite of all fells, in superb winter conditions such as today. 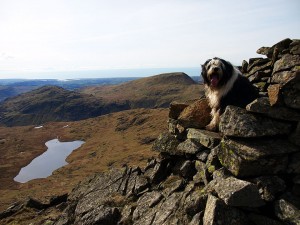 It was fantastically clear today with views for miles and miles. Certainly this is one of my favourite walks, it being quite arduous and rough at all times. Coupled with a visit to Pillar, my absolute favourite fell it made for a great day out on the high fells. 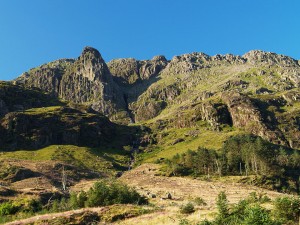 Pillar is my favourite mountain as I think I have said previously but this is the first time I have climbed it from the Ennerdale side and what a route; it is absolutely fabulous! This had everything I desire in a good walk – it is rugged, steep and rocky, remote and wild and it gave something that everyone looks for now and again, namely a jaw dropping ‘wow’ moment at the start of the climb towards Pillar Rock. The scenery is awesome, simply the best there is and in Pillar Cove it feels like no person has ever been there before with that mighty column of rock towering above. Coupled with the fine and clear weather this made it truly a walk to remember and one which I shall definitely repeat. 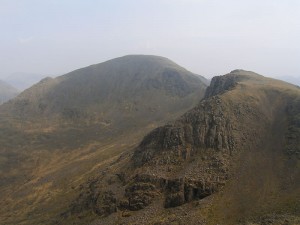 It was a funny old day today, weather-wise. When I set off from Overbeck Bridge, it was raining and showers continued over Yewbarrow with the odd ominous rumble of thunder. When the rain stopped, it became very hazy and warm and by the time I got to Pillar it was sunny, but with gale force winds which were present until I got back to valley level where it became almost unbearably hot. Angus and Casper were resplendent with new summer haircuts – it takes years off Angus, I think. It was quite an arduous round this one – a new one for Casper as it was very rocky with a few scrambles, Angus of course, took it all in his stride.

Today’s walk is a long, high level circuit of the beautiful Ennerdale Valley with virtually the whole route being completed at an elevation in excess of 500m. I have had this one on my list of ‘to do’ walks for a while so it was satisfying to complete the walk on a mainly clear day. The photo’s here actually belie the conditions somewhat as the clouds came in when I was crossing from Haystacks to Pillar and there was an icy blizzard. The snow showers continued to come and go throughout the rest of the walk and conditions remained very cold. 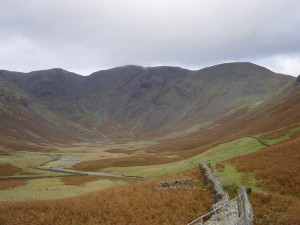 The intention of today’s walk was to ascend Pillar Rock, a climb I have done previously, however the weather conspired against me climbing it today – I made it half way up the ‘notch’ before the treacherous conditions made me see sense and retreat back to the slab. Phil, my walking partner, managed to make it. No fear! The rest of the walk was beset with bad weather with the first snow of winter seen on Pillar and a howling gale with painful (!) hailstones on the high level walk. 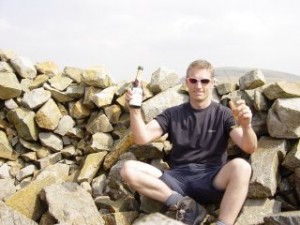 Today’s the day I completed my first round of the Wainwright’s ! 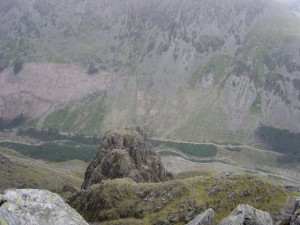