I had a full day available today so I wanted to do a good long walk – I did think the weather would turn out better than it did but it was still good to be out and walking in mist has its own merits of complete solitude, even on the popular fells such as this. 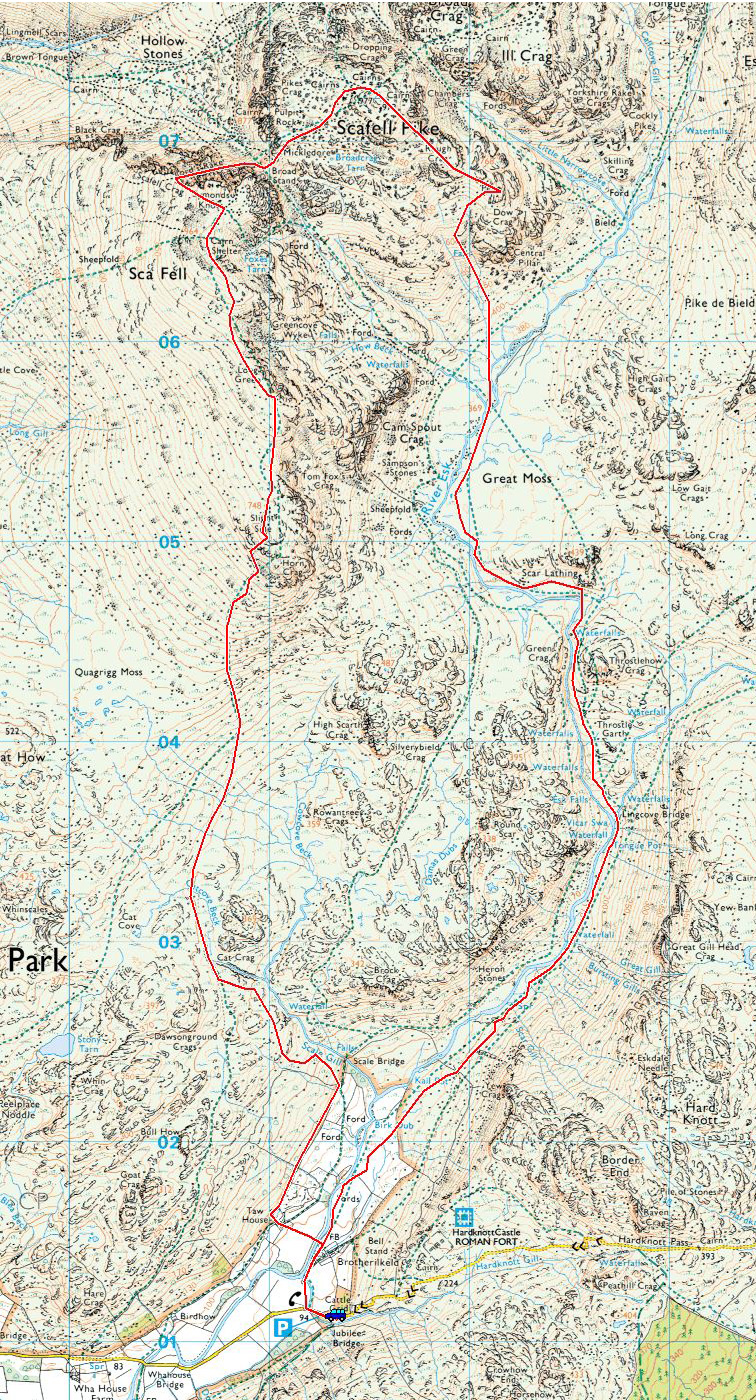 Heading into Upper Eskdale and the mist was lying quite low on the fells. I was hopeful of it getting out later.

Walking alongside the River Esk. This is a lovely and peaceful part of the lakes in any weather.

Cascades on the Esk.

...and a view of the bridge from a little higher up the path to Great Moss.

On the climb to Pen - the briefest glimpse of Scafell.

Esk Buttress - and that was it for views for a good while. I climbed the steep path to Pen (the top took a bit of finding as I could hardly see my hand in front of me!) then over to Scafell Pike.

Looking back to Scafell Pike - the blue sky did appear (if only fleetingly).

Pulpit Rock from the foot of Lord's Rake. I was surprised to see how much the path from Mickledore to Lord's Rake has eroded recently.

The chock stone is still standing although there seems to be more large boulders around it. Up on Scafell it was as misty as it was on the Pike - I chatted for a while to a couple who were completing their 214 up there, congratulations to both.

Dougal, my ever faithful friend.

Looking back to Scafell from Long Green. There were lots of Brocken Spectres to see along here with the sun trying to shine through.

Slight Side from the descent.

Amazing how I can see Pen from here yet couldn't earlier when I was stood next to it!

Slight Side again, from further down.

Harter Fell across Brotherilkeld and it turned into a lovely evening.