Today we had a walk up to the Scafells – I had intended to climb Great End via Skew Gill and did indeed scramble up 80% of the way but it became apparent that there was no way to climb out due to the sheet ice covering the sides so I reversed that section and ended up climbing via The Band. I’ll save Skew Gill for a dry summer’s day! It was still a good walk even with the frequent snow showers backed with strong winds that made the going tough at times. Back to full blown winter gear again… 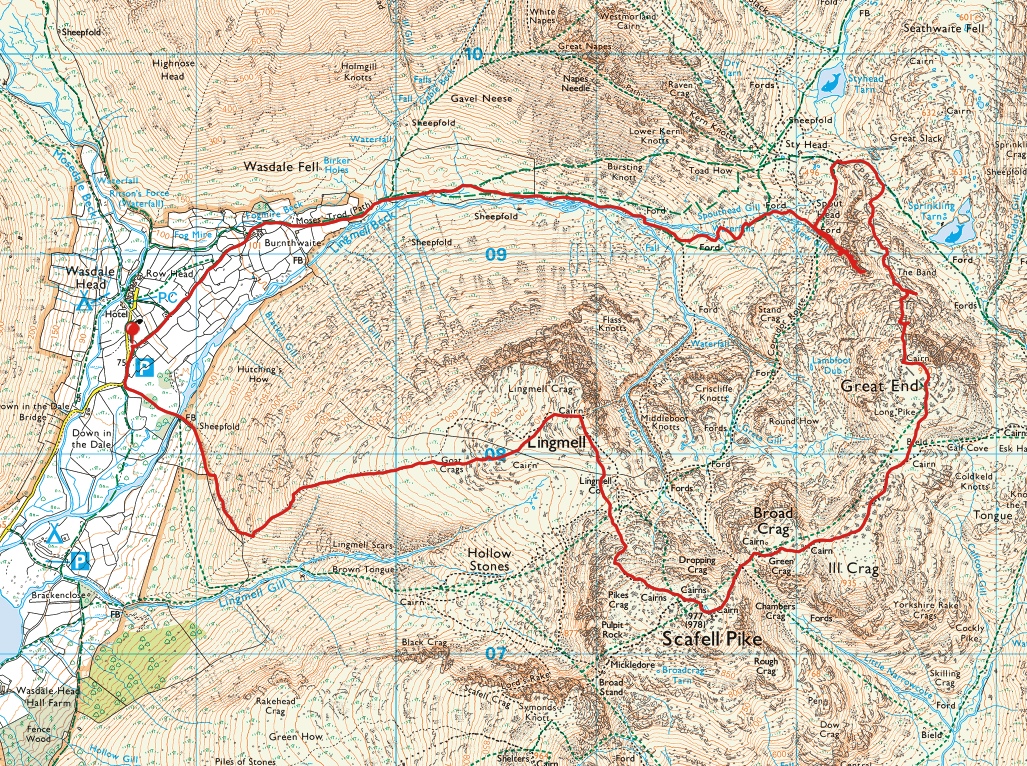 Heading along the track past St Olaf's Church.

Looking back the other way.

Climbing alongside Spouthead Gill looking back towards Wasdale Head.

At the foot of Skew Gill looking across to Great Gable.

The same view from higher up. As the end of Skew Gill was approaching it became obvious that there would be no safe route of exit - the walls were covered in sheet ice so there was nothing for it but to turn back. Best to try this one in summer during a dry spell.

Back on the Corridor Route looking back at Lingmell.

Looking across Styled Tarn to Green Gable and Base Brown, Skiddaw in the distance.

Great Gable from The Band.

A big snow shower coming in, this was to be a feature for the rest of the walk today.

Close up on Piers Gill...

...and on Great Gable. Looks like they are redoing the path, hence the visible black bags.

At the top of Skew Gill looking to where we were earlier...so near yet so far.

A bit of sunshine on Sprinkling Tarn and Seathwaite Fell now.

Looking down the short scree filled ravine that is Wainwright's 'pedestrian route'.

Scafell Pike from Great End shortly before a big snow storm came in, a return to full on winter!

The final climb to Scafell Pike from Broad Crag.

We were on our own on the summit today.

It's looking a bit moody over in Mosedale.

Scafell pike from the Lingmell col.

Another big snow shower coming in over Wasdale.

Wasdale Head and Mosedale back in the sunshine (for now).