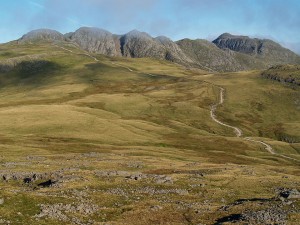 The Crinkle Crags consists of 5 separate summits, the second Crinkle from the south (named Long Top) being the highest. 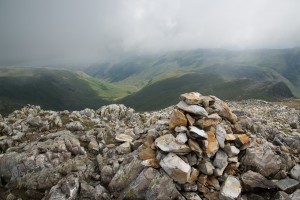 It was perfect summer weather for a walk up to Esk Pike from Cockley Beck – this is definitely the quiet way to do these fells and I didn’t see anyone until 3 Tarns and then one or two on Crinkle Crags. By the end I was completely boiled, but hey – not complaining! 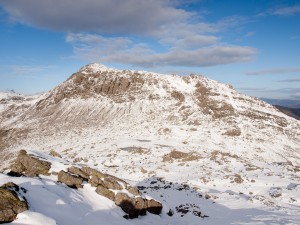 It was a beautiful weekend with lots of snow visible on the fell tops. Today was to be the day of the week according to the forecasters…well, it would have been rude not to go out! 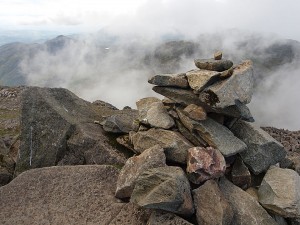 Today’s weather promised much but ended up being a mixed bag with clouds swirling in and out throughout the walk. Despite this it was really still and warm and very clear making it a good day to explore this quiet and remote area at the head of Eskdale. 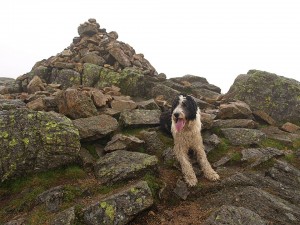 The weather looked promising early on, but alas it was not to be. You have to accept that you cannot always get clear days on the fells and today was one of those days. I had an early start from Cockley Beck and it was probably too early as everywhere seemed to be a lot brighter by lunchtime. No views to take photos of today… 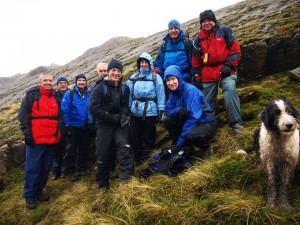 ‘One Small Step’ was the second walk I have organised for StridingEdge followers, the name being obvious when you look at the route. The weather was certainly changeable and it improved after we had crossed the Crinkle Crags ridge. Thanks to all who attended today, it was a brilliant day out with great company. 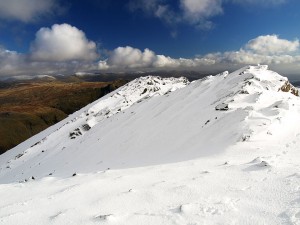 I wasn’t sure how it would turn out today as it was a bit overcast when I set off for Bowfell from Cockley Beck at the head of the Duddon Valley. It turned out to be a fantastic day in real winter conditions and this is just how I like my walking – the going was rough, rugged and remote and the weather was quite changeable with lots of sunny spells but there was still a strong, icy cold wind. Not to worry though, it is winter after all! The icing on the cake was the climb to Bowfell in fresh snow and under a blue sky – just heaven. Thankfully I managed to get the settings in the new camera right today as well after a bit more messing about. Hopefully they will not need too much tweaking from now on.

Regular viewers may remember the last time I set off on this route in January when I nearly got blown off Pike o’ Blisco in a blizzard and decided to cut short the route. Some may also remember that back in May I managed to drop my camera and ruin a lens. Since then I have been using the cheapo kit lens that I had but I finally got around to getting a new one which I used for the first time today – hopefully the photos will be back to their previous clarity and sharpness. The walk today was memorable for a couple of reasons; the first was that I managed a quick dip – the first on a walk this year. The second was when I got chatting with the shepherd at Stool End Farm who had a Beardie as a working companion and it was interesting to compare her with Casper. 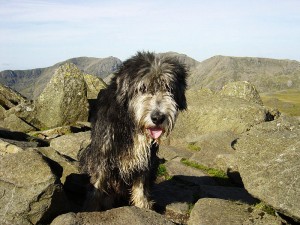 Today was an almost unseasonally warm day, just like midsummer. I had a walk from Cockley Beck at the head of the Duddon Valley up to Bow Fell and back along the Crinkle Crags. I had forgotten how rough the terrain was, especially for a dog, but Angus seemed to take it all in his stride. There isn’t a full set of photographs today as the camera battery decided to give up along the Climbers Traverse on Bow Fell – I must remember to recharge it in future! Hopefully the photographs I did manage to capture show the flavour of the walk terrain and conditions. 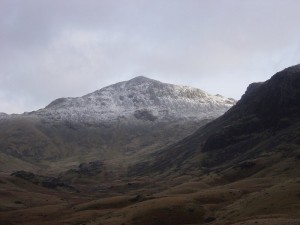 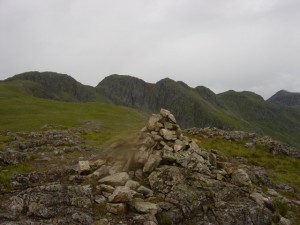 Today’s round is a high ridge round with great views of the Langdale Pikes and the Scafell range. Today started off sunny, but the clouds on the tops looked ominous. 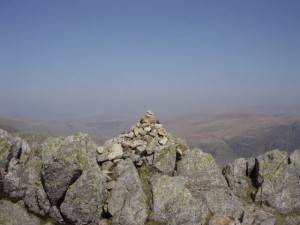